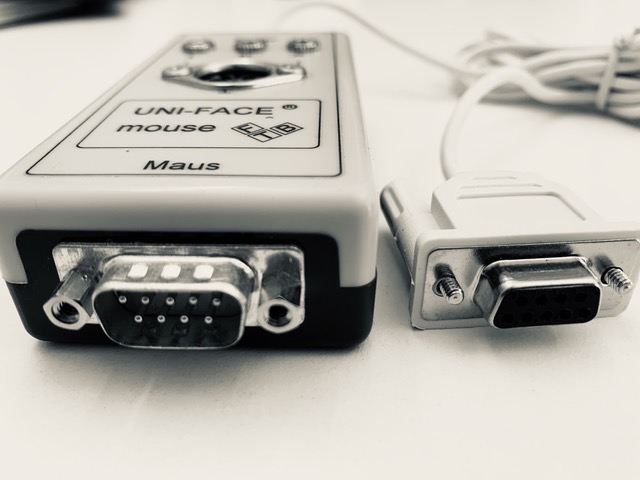 From Interface to Uni-Face. Assistive Media and Digital Accessibility in Germany in the early 1990s.
Jan Müggenburg (Leuphana Universität Lüneburg)

At first glance, the UNIFACE-Computer Mouse, designed at the German Forschungsinstitut Technologie-Behindertenhilfe (FTB), was an unimpressive object: It looked like a standard computer-mouse to which an odd-looking adapter with two cables had been attached. The adapter, however, could be used to connect alternative input-devices to the mouse, in order to make Personal Computers more accessible to ‘users with disabilities’. Instead of an interface this device was meant to be a ‘uniface’– granting access to any user regardless of age or ‘disabilities’.

Research at the FTB in the early 1990s combined Augmented and Alternative-Communication (AAC) with the development of alternative hard- and software for disabled computer users. Drawing on frameworks from Media Archaeology, Dis/Ability Studies and History of the Sciences in my talk I am going to address the convergence of computer science, robotics, cybernetics and psychology under the label of ‘rehabilitation technology’ in Germany during that time. I suggest describing devices such as the Uni-Face-mouse as ›assistive media‹ that are designed to ›stand by‹ and support computer users by responding to deficits in human-machine interaction.

From Interface to Uni-Face. Assistive Media and Digital Accessibility in Germany in the early 1990s.
Institutsveranstaltungen