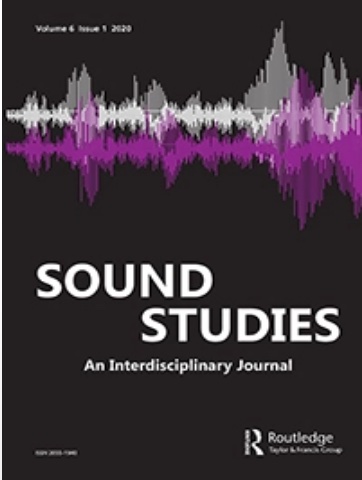 This paper addresses the interior monologue as a “sonic thing” whose elusive nature prompted a wide range of research initiatives in the long twentieth century. Neurophysiologists, developmental psychologists, psychoanalysts, and linguists shared an increasing interest in what humans hear when talking and listening to themselves. From diverse disciplinary perspectives, they agreed that “interior monologues” or related phenomena such as “inner speech” are crucial to human cognition, the psyche, and the faculty of speech. And all of them saw these phenomena as constituting important theorems in their own disciplines. In order to investigate interior monologues, the scholars and scientists presented here attempted to turn them inside out, making creative use of a great variety of research tools. A pivotal figure in this respect was the Stanford-based linguist Ruth Hirsch Weir, who, in 1962, produced magnetic tape recordings of her son’s “crib talk”. Interpreting the infant monologue as a precursor of the interior monologues of adults, Hirsch Weir brought together seemingly irreconcilable work on “inner language” by Lev Vygotsky, Sigmund Freud, and Roman Jakobson. In turn, her study inspired a series of further research initiatives – among them Jacques Lacan’s work on the “autonomous play of speech” in children and adults.

How to turn interior monologues inside out: epistemologies, methods, and research tools in the long twentieth century
Veröffentlichungen